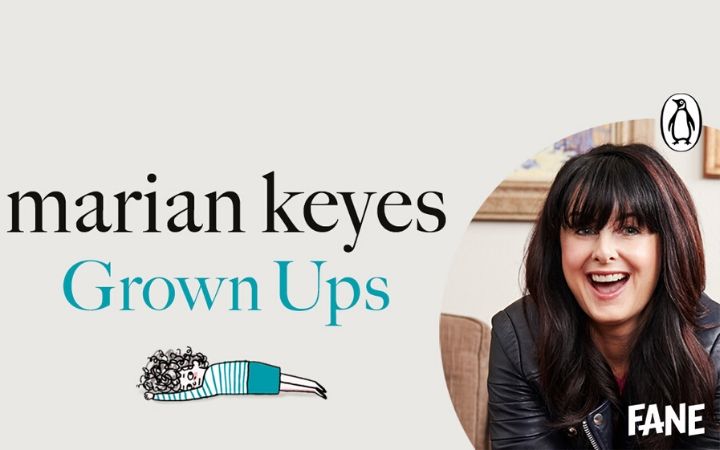 Marian Keyes, one of the most successful Irish novelists of all time, has been writing international bestsellers about modern women in the modern world for over twenty years. Her books deal with contemporary issues, including addiction, depression, domestic violence and the glass ceiling, but are always written with compassion, hope and her trademark Irish humour. Now, join the bestselling author for a very special live event to celebrate the publication of her much anticipated new novel - 'Grown Ups'. 'Grown Ups' is about the Caseys: three brothers, their wives, ex-wives and young adult step-kids. They’re a glamorous, attractive family who spend a lot of time together – birthday parties, anniversary celebrations, weekends away. And they’re definitely a happy family. Under the surface, though, conditions are murkier. While some people clash, other people like each other far too much… When their happy families façade starts to unravel, every one of the adults finds themselves wondering if it's time - finally - to grow up? Though Marian grew up around a lot of story-telling, it never occurred to her to try writing. After studying law and accountancy, she began writing short stories in 1993 'out of the blue'. She sent them to a publisher with a letter saying she was also working on a novel (although she wasn’t.) The publishers replied quickly, asking to see the novel and, once her panic had subsided, she began to write what subsequently became her first book, 'Watermelon'. It went on to be an immediate runaway success. Marian in conversation is a delight, thought-provoking and hilarious. Don’t miss the opportunity to hear her discuss her extraordinary new book, in conversation with a special guest interviewer. Advance copies of Marian's book 'Grown Ups' will be on sale at this event for ticket holders only.