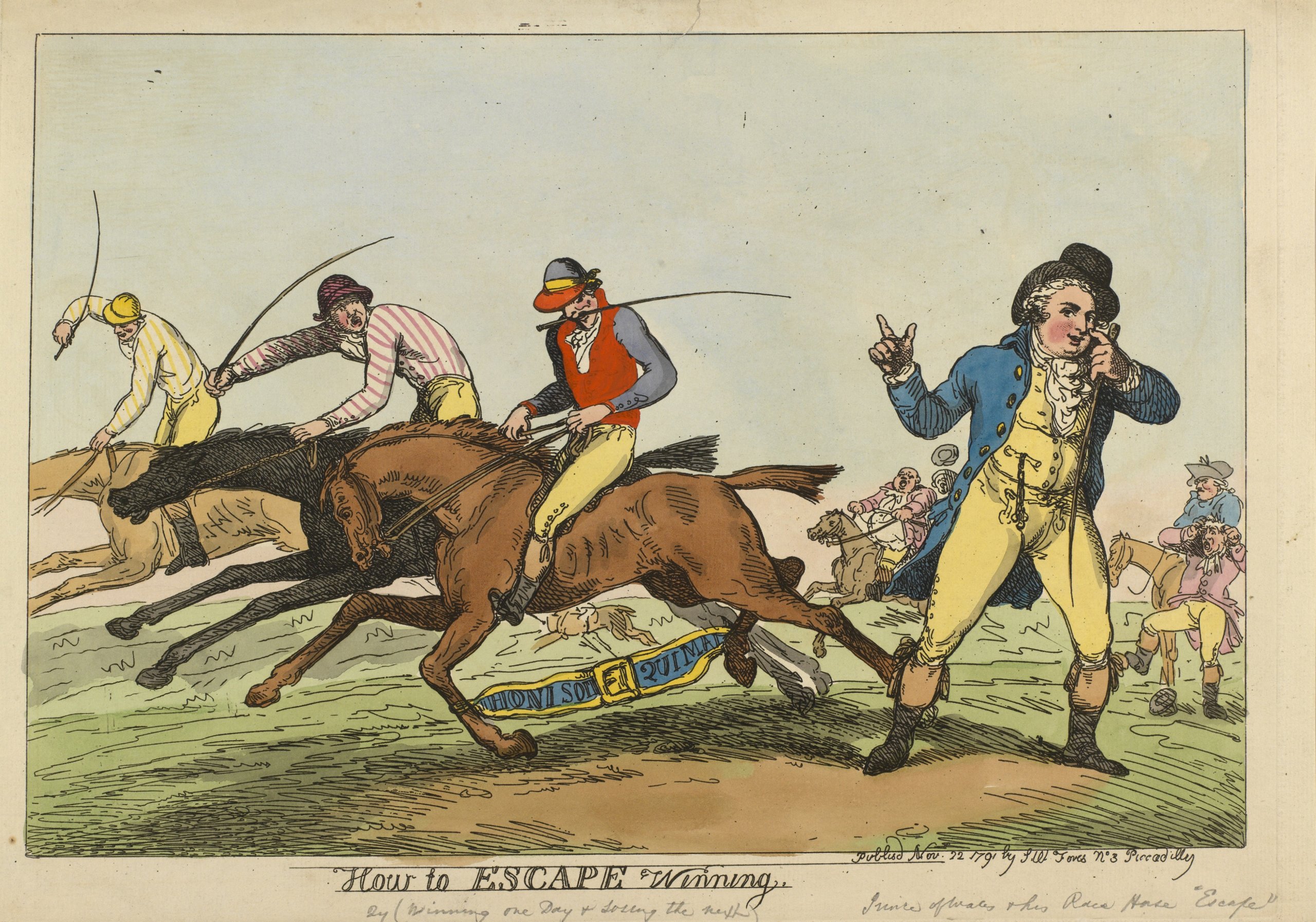 George IV not only assembled an unrivalled collection of art but was also a prominent patron of horseracing and of Newmarket. This exhibition looks at his passions, his pursuits and his controversies – notably the notorious Newmarket scandal of 1791. King George IV: Royalty, Racing and Reputation opens on 28th November 2019 and will be available to view in The Moller Gallery at Palace House until the 19th April 2020. Variously cast in the public imagination as a dissolute wastrel, builder of the Brighton Pavilion or the slow-witted dupe of his scheming butler in the TV classic Blackadder, George IV is one of British history’s most fascinating - and misunderstood - figures. Now, a new exhibition at Palace House in Newmarket will explore George’s legacy as not only a great patron and collector of art, but also as prominent and, at times controversial, patron of horse racing. King George IV: Royalty, Racing and Reputation explores this colourful monarch’s fascination with horseracing. This abiding enthusiasm gives us fresh insights into the life of a man who defined an era. All but one of the forty-two artworks featured – including portraiture, comical etchings and historic trophies – are lent by Her Majesty The Queen from the Royal Collection and offer an exceptional glimpse into the sport of kings. The objects on display at Palace House connect Newmarket with George IV in many ways: by showing the company he kept, the lives he and his contemporaries led, and the animals they cherished. King George IV: Royalty, Racing and Reputation coincides with the exhibition George IV: Art & Spectacle on display at The Queen’s Gallery at Buckingham Palace from 15 November 2019 until 3 May 2020 (and subsequently at The Queen’s Gallery at the Palace of Holyroodhouse, Edinburgh).