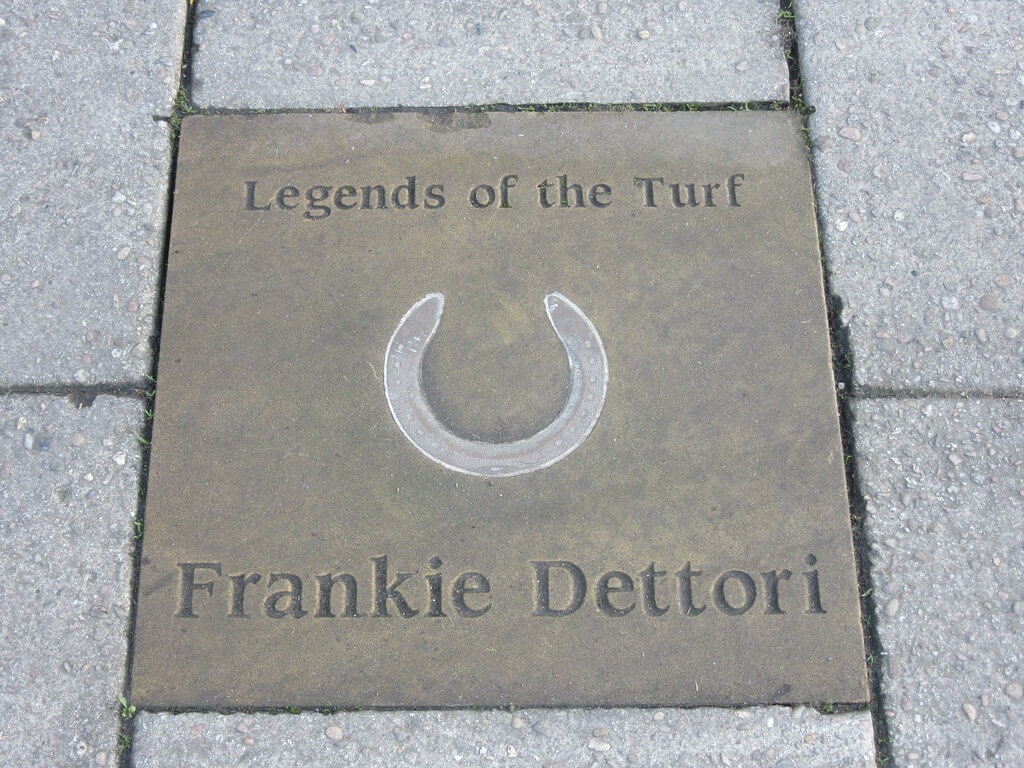 Legends of the Turf

This waymarked, paved walk through the town centre  is Newmarket’s equivalent of the Hollywood Walk of Fame. It is designed to recognise the significant contributions of people and horses to the town’s horseracing heritage.

The project was officially launched In July 2014 when the first six commemorative paving slabs were laid in Newmarket High Street. The first recipients of these awards were voted for by the community and recognised the contribution made in three different categories: Horses, Jockeys and Other Racing Personalities. Since then a further four phases have been added and now the number of legends recognised as part of this trail sits at 23. Take a stroll through the town centre  and see how many names you recognise or alternatively visit the dedicated Legends of the Turf website where they are all listed in order.