All About a Horse Named Santa Claus

With such a topical name, we just had to run with this blog! No it isn’t a children’s story it is actually the name of a racehorse . Read further to find out all about his  racing career as written by the late Tony Lake.

“a dream to ride, a beaut” was Breasley’s assessment of Santa Claus two days later. The Derby had begun to look like the race that would elude the great Australian jockey, but at the age of fifty, he had won the “blue ribbon”.  Indeed Santa Claus put lots of smiles on lots of faces in 1963-64.

Trained on the Curragh by Mick Rogers, son of joint owner Mrs Darby Rogers, the 1200 guineas purchase finished unplaced on his debut in the Anglesey Stakes.  A month later, he readily stepped up on that form, and ran out an impressive winner of the National Stakes, trouncing Mesopotamia (an easy winner of the Chesham Stakes) by eight lengths.  Looking to follow up Rogers’ 1958 Derby success with Hard Ridden, the lightly built, but big and rangy colt headed the Irish Free Handicap.

Reappearing in the Irish 2000 Guineas, the evens favourite won in an “attractive and spectacular” style (The Times), strengthening his position at the head of the Derby market.

Genuine opposition was non-existent so the press looked for obstacles. The usual “inexperience”, “stamina”, “track” and “hurly-burly” stories were regurgitated and even the statistic of “no winter favourite has won the Derby since Dante in 1945” was suggested. Then there were fears that he might be “got at”.

Amid secrecy it was planned to send the heavily backed favourite to England in a chartered flight. However, fog scuppered those plans and the horse had to be flown across the Irish Sea 24 hours later, albeit in wind and rain. Nonetheless, he arrived at Epsom in fine fettle, remaining under close surveillance throughout.

In fact it was the dopers who gave his supporters most to worry about since the race went like a dream. Breasley settled him at the rear in the early stages before producing him with a withering run to the lead inside the final furlong, winning by a length from Indiana and Dilettante II.

Everybody backed him! Undoubtedly the name charmed the once a year punters whilst the form convinced the professionals. The result was one of the worst bookmakers had ever known.  One leading firm recorded that, at £350,000, the 15/8 shot was their biggest payout in their long history.

A month later Santa Claus returned. Starting 4/7 for the Irish Sweeps Derby, he won effortlessly, in the hands of Willie Burke.  Becoming the first dual Derby winner in 57 years, on returning to the winner’s enclosure, he received a rapturous welcome from the 60,000 crowd. This win brought his earnings to £134,687 and deposed Ragusa (until the Eclipse Stakes) as “the greatest money earner in the history of the British turf”. This win was also his last.

In the King George VI and Queen Elizabeth Stakes, only three opposed him and he started at 2/13. However, on the fast ground he was unable to catch front running Nasram II.  Then, in the Prix de l’Arc de Triomphe, although putting his Ascot running behind him, he could only manage second place behind Prince Royal. Santa Claus had failed to deliver and was retired to stud. 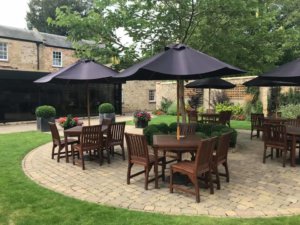 There is less than a week to go before we see the re-opening of some of our best loved cafes, bars and restaurants , albeit for outside drinking and eating only. 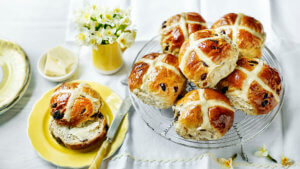 It’s all about the Number Six this Easter

The Rule of Six
The importance of the number six has taken on a whole new meaning since the pandemic hit as we can now once again gather as a group of six people – albeit outside. 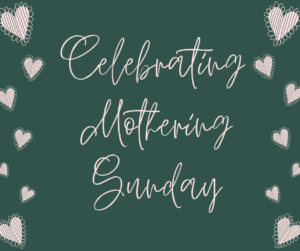 Give your mum a break from the cooking and home school learning by treating her to a special takeaway this Mother’s Day. 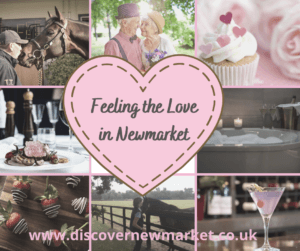 Feel the love this Valentine’s Day

We all know the rules and current guidelines are going to prevent us celebrating Valentines in the usual way, but by now we are kind of used to celebrating at home. 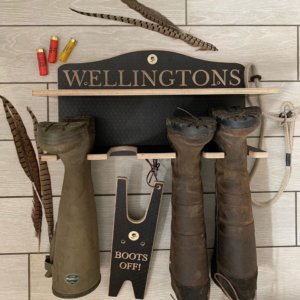 When a Walk is not just a Walk

It was through a love of walking, that our Guest Blogger, Liz Cooke came up with a new business idea and she hasn’t looked back since. 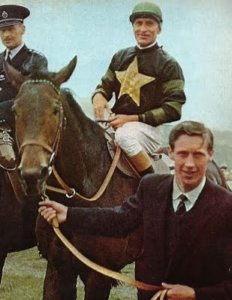 All About a Horse Named Santa Claus

With such a topical name, we just had to run with this blog! 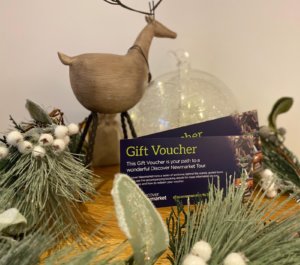 Christmas shopping maybe a little different this year, but one thing is for sure, a Gift Voucher is always well received. 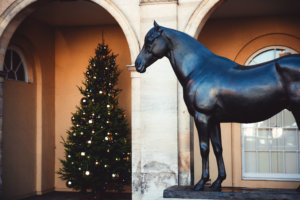 Things to do in Newmarket this Christmas

Make this Christmas Extra Special
This Christmas needs to be extra special,  so we’ve brought together some great ideas of things to do and where to go to help you plan the best December ever.

We thought this image by the talented @mjyharris would start the morning off a treat #tuesdayvibe… https://t.co/ahV21hPi2M

Hazy sunshine forecasted with highs of 16 - now that sounds as if today is going to be a good day! @JohnWathenBerry… https://t.co/n574xOinnz