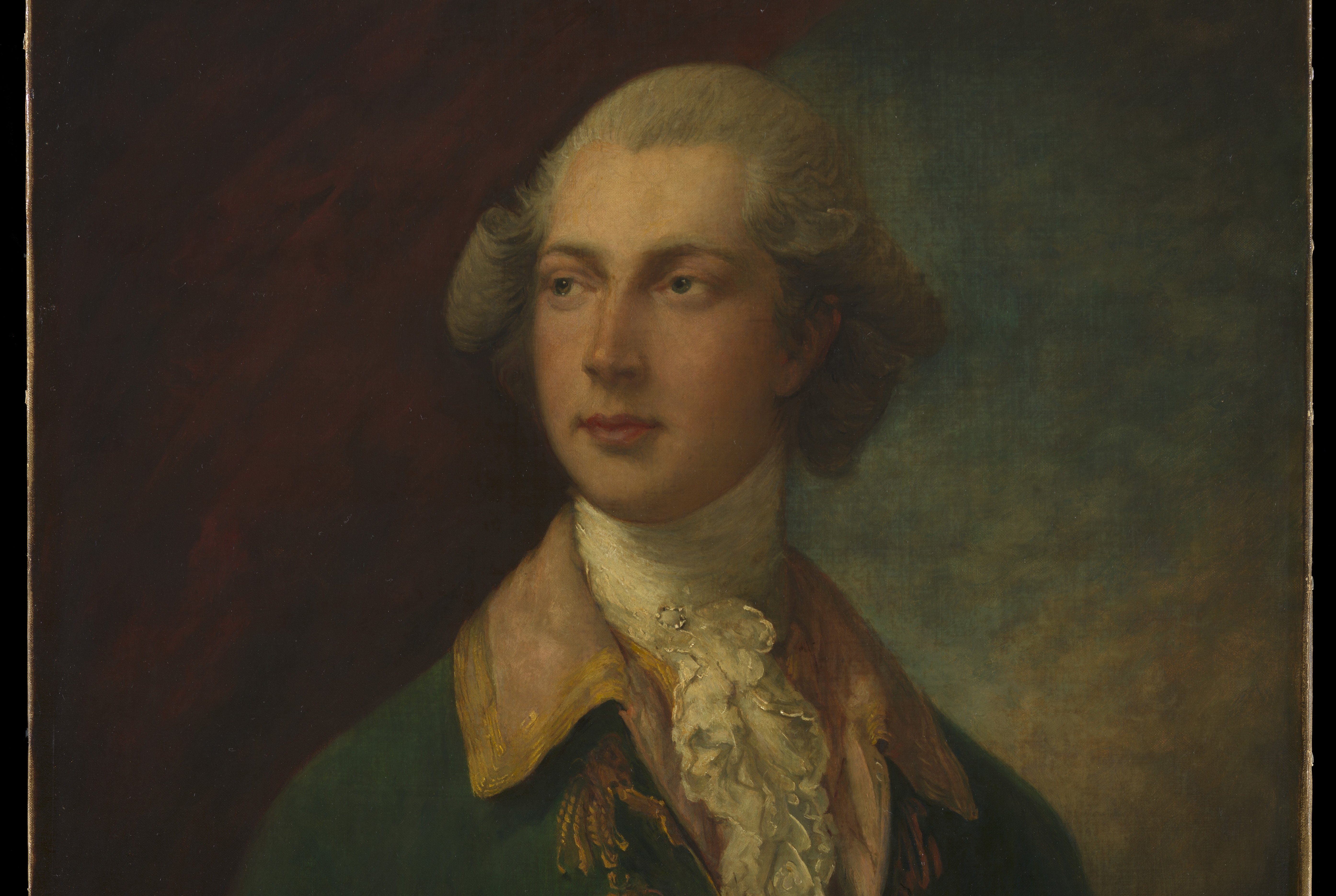 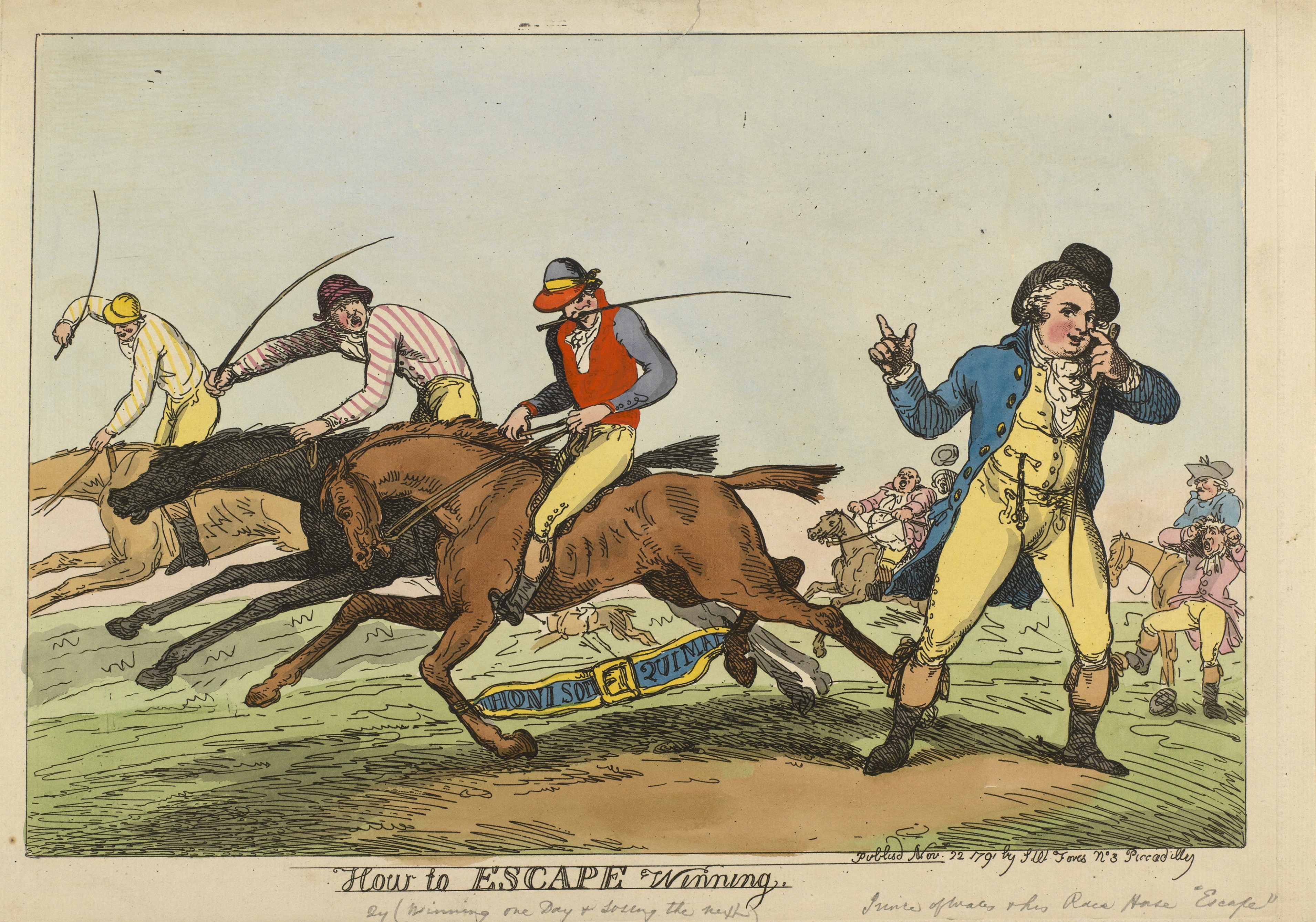 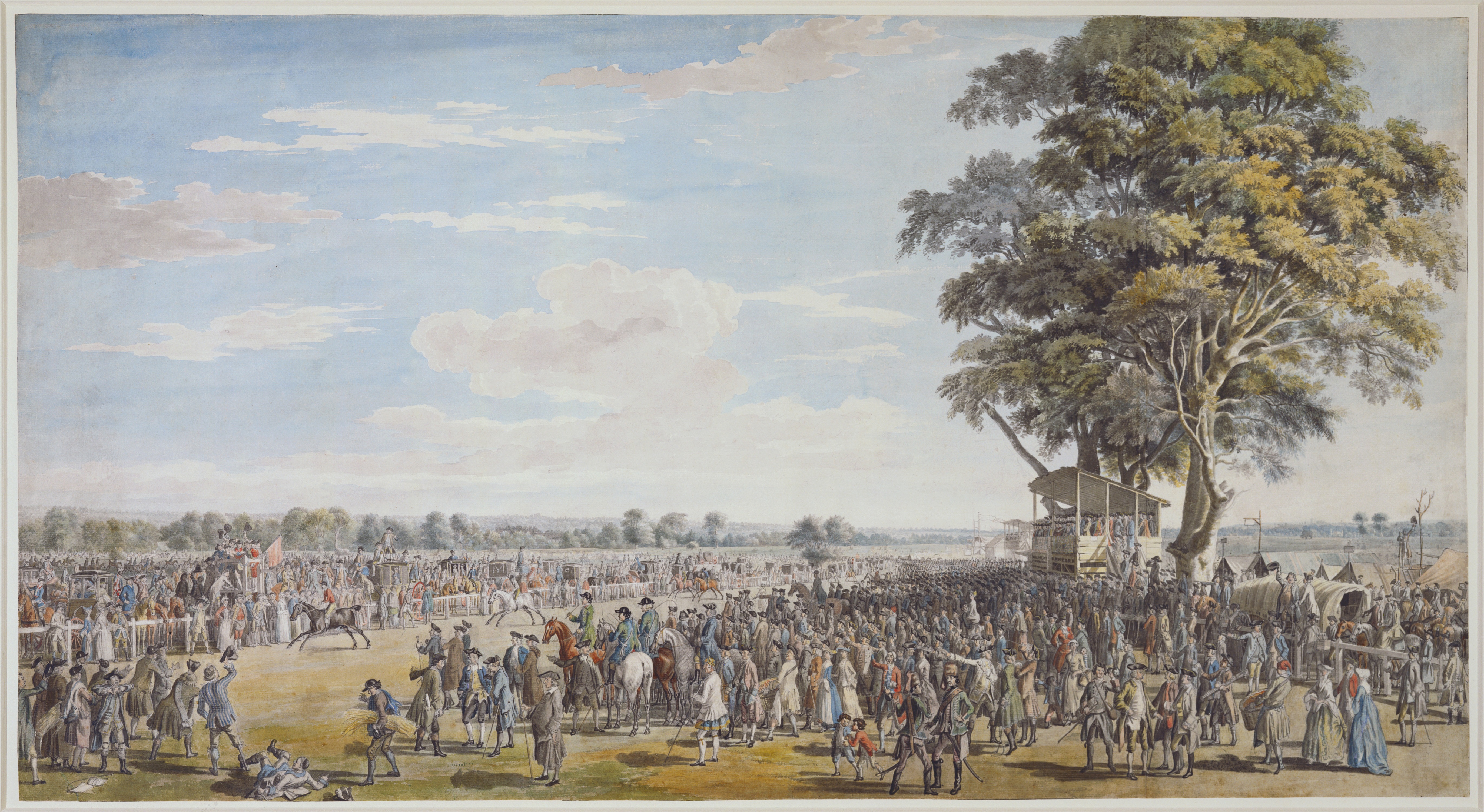 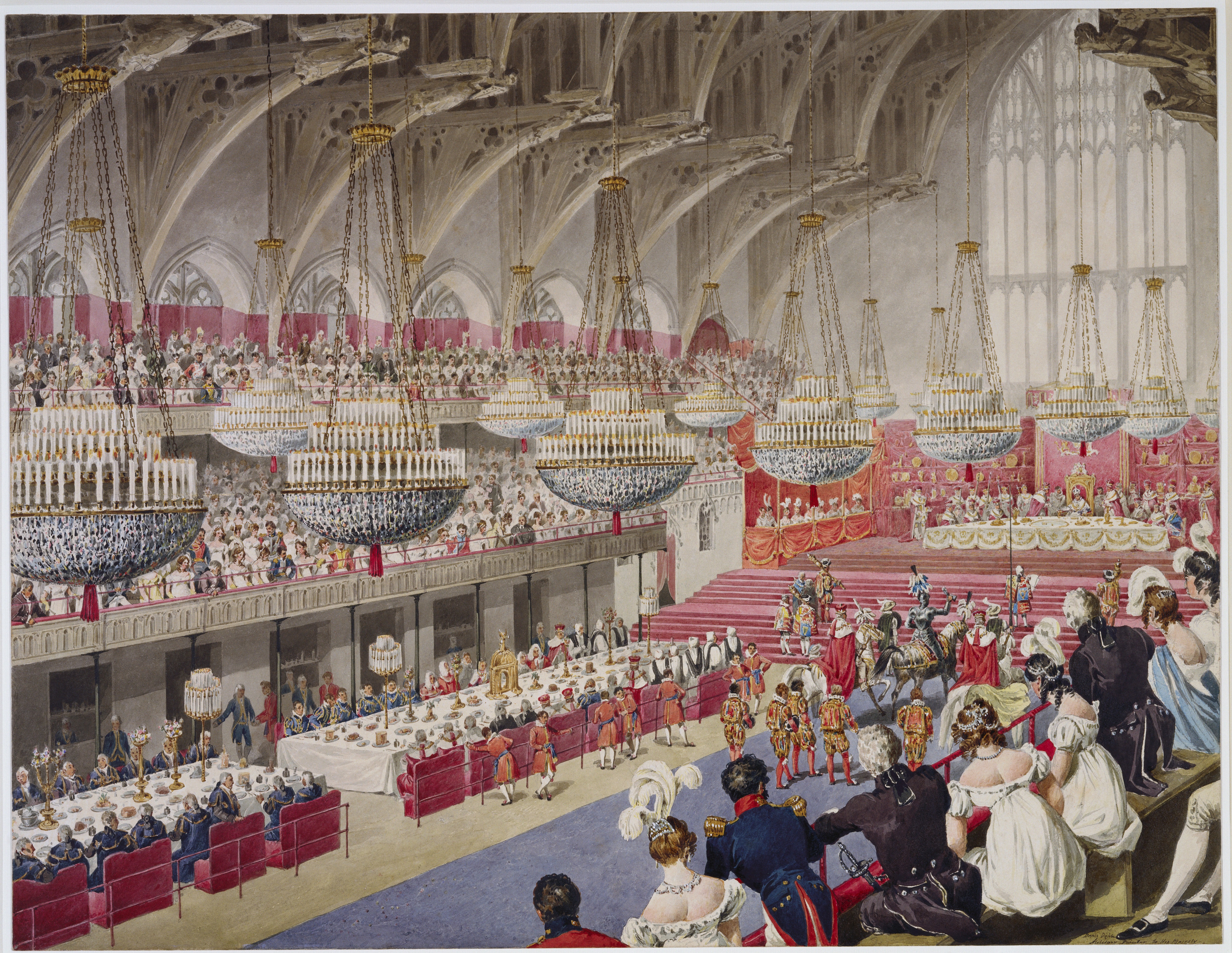 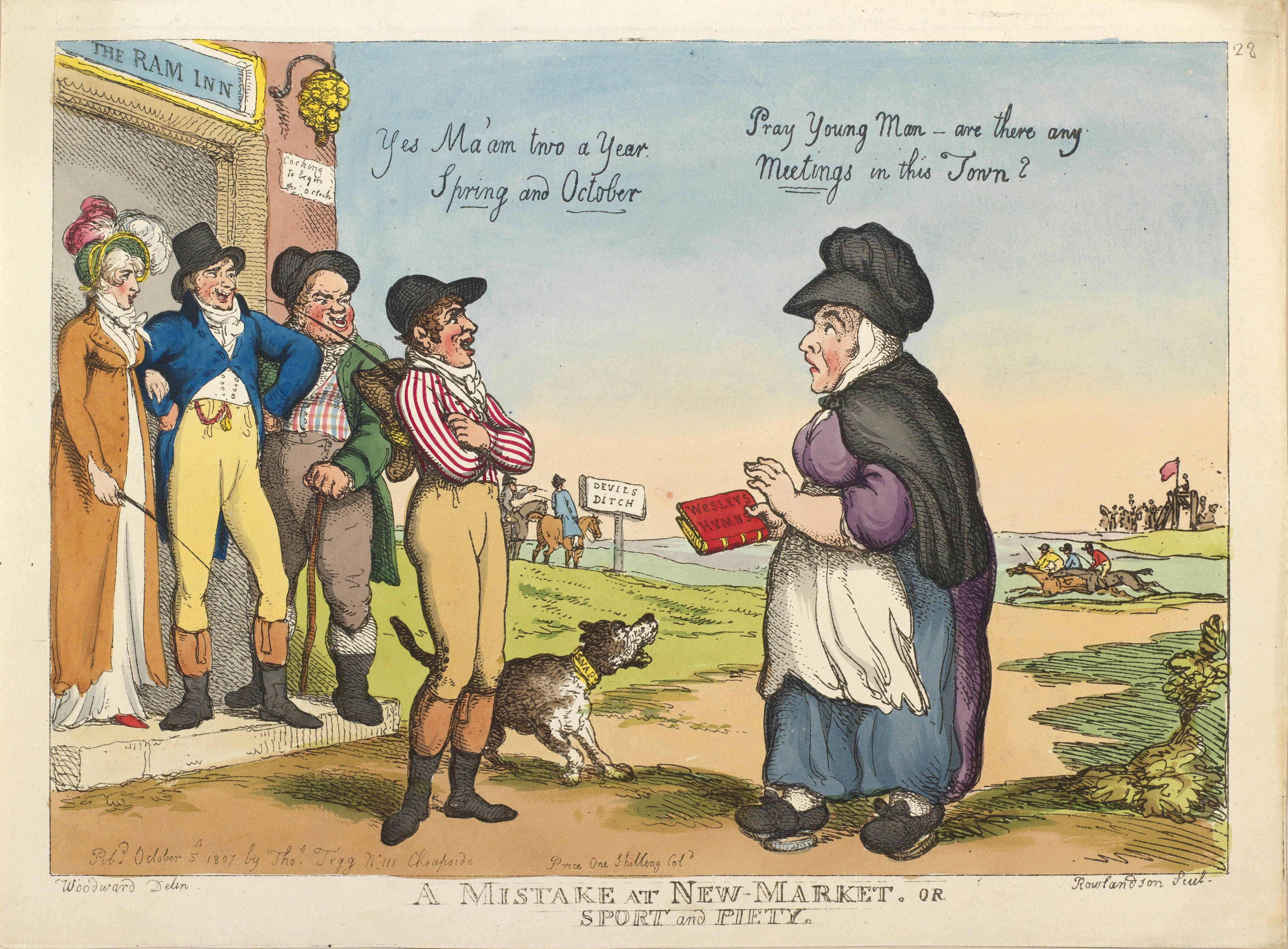 Variously cast in the public imagination as a dissolute wastrel, builder of the Brighton Pavilion or the slow-witted dupe of his scheming butler in the TV classic Blackadder, George IV is one of British history’s most fascinating – and misunderstood – figures.

Now, a new exhibition at Palace House in Newmarket will explore George’s legacy as not only a great patron and collector of art, but also as prominent and, at times controversial, patron of horse racing.

King George IV: Royalty, Racing and Reputation explores this colourful monarch’s fascination with horseracing. This abiding enthusiasm gives us fresh insights into the life of a man who defined an era.

All but one of the forty-two artworks featured – including portraiture, comical etchings and historic trophies – are lent by Her Majesty The Queen from the Royal Collection and offer an exceptional glimpse into the sport of kings. The objects on display at Palace House connect Newmarket with George IV in many ways: by showing the company he kept, the lives he and his contemporaries led, and the animals they cherished.

Palace House is a uniquely appropriate setting for the exhibition, as it was originally founded by King Charles II in the 1660s as a royal base for his horseracing activities. Charles remains the only reigning monarch to have ridden a winner in a horse race (which he did in 1671), and his passion for the sport contributed to Newmarket becoming the spiritual home of flat racing the world over.

However, George IV was a controversial figure, most famously getting caught up in a scandal involving his horse Escape in October 1791. Escape performed surprisingly poorly in a race, only to win convincingly the following day. His jockey, Sam Chifney, was accused of holding the horse back, in a bid to win a substantial purse the day after. Artist Thomas Rowlandson subsequently made a hand-coloured etching of this episode, How to Escape Winning. This satirical picture shows Escape with its legs bound by the motto of the Order of the Garter, while Chifney is riding the horse nonchalantly, to the envy of his fellow jockeys. George himself looks directly at the viewer, his face imploring secrecy.

Horses inevitably played a central role at George IV’s coronation of 1821, with both the Royal Champion and the Lord High Steward being required to ride their mounts through ancient Westminster Hall in an attempt to evoke the glories of England’s medieval monarchy – which can be seen in the Denis Dighton print The Third and Last Challenge by the Champion during King George IV’s Coronation Banquet at Westminster Hall (1821). The coronation also managed to combine the king’s passion for horses with his love of boxing, the ushers at Westminster Abbey were all working-class boxers, chosen by the champion boxer John Jackson, portrayed in an 1810 mezzotint by Ben Marshall (Palace House).

George IV maintained his interest in horse racing throughout his life and in later years commissioned a string of magnificent trophies from the royal silversmiths. John Bridge’s splendid Lincoln Race Cup of 1829 was ironically won by the King in the same year, with his horse Fleur-de-Lis. She was one of George IV’s most successful mares: she first won the Goodwood Cup in 1829 and repeated her success the following year. The 1829 trophy, by Paul Storr, is a monumental piece of silverware, shaped like a vase. The 1830 trophy (also made by Storr) features horseracing scenes on one side and on the other, ‘gods presenting prizes.’ Although commissioned by George IV, he never saw the finished product, as he died before its completion.

Just as today, the most successful racehorses were afforded celebrity status during the Georgian era. Owners were keen to immortalise their champions and James Ward was one of the leading equine portraitists of his day. He was much in-demand for his ability to capture the nervy, highly-strung nature and character of thoroughbreds and these traits can be clearly seen in his painting of Soothsayer (1821).

Palace House Chief Executive, Professor Steven Parissien, says “I am absolutely delighted to be working with Royal Collection Trust on this fascinating and prestigious exhibition. In displaying these works from the Royal Collection, we are able to emphasise the strong and enduring royal connections with our museum and indeed with the town of Newmarket, which the royal family helped to make the world’s horseracing capital.” 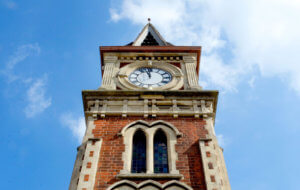 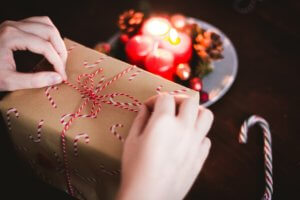 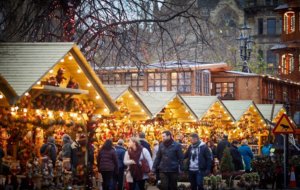 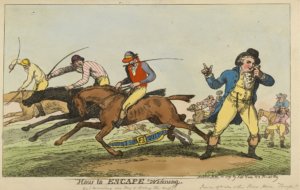 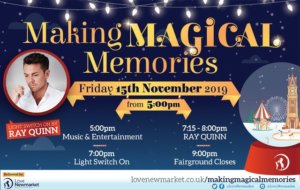 For one night only – the Making Magical Memories Christmas event is back for 2019! 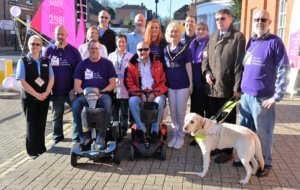 Newmarket Town Council, the Guineas Shopping Centre and Love Newmarket BID are working together to promote Purple Tuesday in Newmarket. 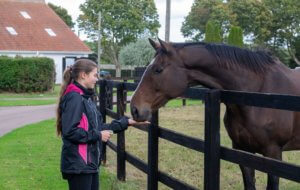 Junior Guide takes the reins at The National Stud

An Essex schoolgirl has hosted part of a tour at The National Stud after winning the chance to be a Junior Tour Guide in a Discover Newmarket competition. 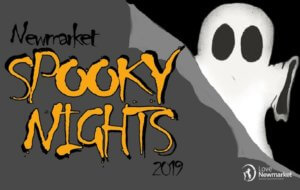 Halloween happenings in and around Newmarket

It’s the time of the year where the trees are changing colour and there’s a chill in the air.

Sent in by tour guide @larry_bowden. Fantastic to host a group from @BishopBurton @BishopBurtonEqu on a visit to Ne… https://t.co/rlAnRUZoeC

RT @JuddmonteFarms: Happy birthday to DANSILI who is 24 today! This picture was taken in summer 2019 and although he has retired from cover…