The hugely popular free Festival, which celebrates the finest food and drink from across East Anglia, attracted over 15,000 visitors in 2019. This year, it is due to take place during the weekend of 11-12 September at a brand-new location, the grounds of The Jockey Club Rooms in the centre of Newmarket. The new location will create more space and organisers hope it will also open the Festival to a larger and more diverse audience. It also offers an exclusive opportunity to view inside one of the world’s most unique sporting venues – limited spaces bookable by prior appointment.

The celebrity chef line-up appearing on the cooking stage this year includes: chef and TV presenter Rosemary Shrager; Tristan Welch, a regular on BBC 1’s Saturday Kitchen and Chef Director at Parker’s Tavern in Cambridge (both Rosemary and Tristan are starring in ITV’s Cooking with the Stars); acclaimed master chef Hans Schweitzer, who has cooked for the Queen, presidents, dignitaries and celebrities across the globe; and Mark Abbott, head chef of the 2 Michelin Star restaurant Midsummer House in Cambridge, one of only 11 restaurants in the UK and Ireland to hold two stars and the only one in the region. Each chef will demo a range of dishes to teach audiences new skills and offer inspiration in the kitchen.

Further demonstrations are presented by some of the region’s top chefs including: Steve Angier, Head Chef at The Packhorse Inn; Adam Spicer, Head Chef at All Saints Hotel, Fornham, Cambridgeshire Chef of the year (2017) and a MasterChef finalist (2019); and Daniel Perjesi, Head Chef at The Jockey Club Rooms, amongst others.

Visitors can sample and buy from over 50 food and drink stalls from across East Anglia, offering an array of locally grown produce, wines, spirits and beers, street food from around the world, vegan foods, and artisan grocery products. As a ‘taster’, a small selection of this year’s stalls includes Gentleman Jim’s mobile bar, a finalist in the Cambridge News Food & Drink Awards 2017; the award-winning Hadley’s Ice Cream; East Coast Chilli Company; The Old Felixstowe Brewing Company; the award-winning Harrison Chocolatiers; Newmarket’s very own award-winning Powters sausages; and the multi-award-winning Three Counties Field Kitchen – a husband and wife team who use produce from Cambridgeshire, Lincolnshire and Norfolk – amongst many more! Ray’s Indian, who offer a range of Tandoori Chicken, Lamb and Chana Wraps, and Peck, who produce Suffolk Reared buttermilk fried chicken burgers, were hugely popular in 2019, selling out quickly – both food vans return this year (with extra supplies!).

In addition to the food and drink stalls, a variety of exhibitors are selling bespoke cookery utensils and equipment, crockery and other cooking paraphernalia. Visitors can also enjoy the alfresco dining area, a selection of bars selling prosecco, cocktails and beers. And, for the first time this year, visitors can buy a reusable branded Newmarket Food & Drink Festival pint. The glasses are £3 each and will be available from the on-site bars.

The live music stage hosts a sterling line-up of artists and bands performing across a range of genres, including The Hooligans, a family band based in Saffron Walden, who specialise in traditional Irish music. The Hooligans have played at Cambridge’s Big Weekend and the Cambridge Folk Festival; they were hugely popular in 2019 and are sure to get feet tapping. Not to be missed!

Sponsors for the event include Newmarket BID – Love Newmarket, Corney & Barrow, and G’s Fresh, amongst others. The Festival also proudly raises money that goes towards the local charities supported by the Henry Cecil Open Weekend.

For more information about the Festival, visit here. 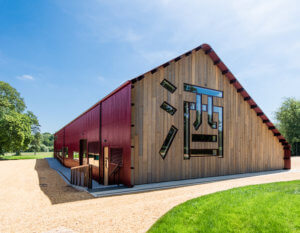 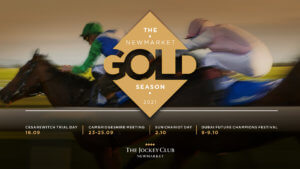 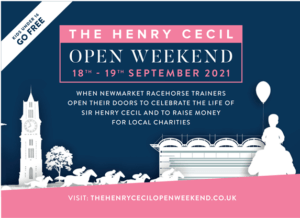 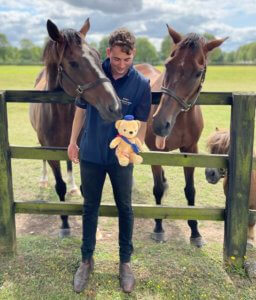 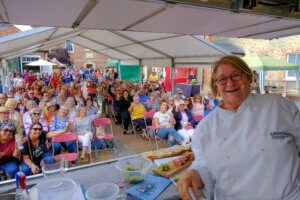 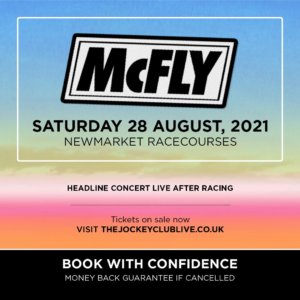 Your Guide to What’s on this Bank Holiday Weekend

With the majority of restrictions now lifted and the general mood  more optimistic, we can finally look forward to an enjoyable bank holiday weekend. 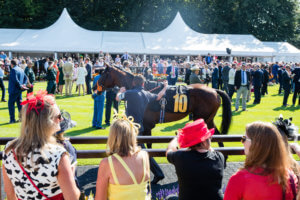 Going, going, gone! Discover Newmarket is pleased to announce the return of their behind-the-scenes tours at both the Rowley Mile and July Racecourses as well as Tattersalls.

Your Guide to Children’s Activities this Summer

Museums and attractions come into their own during school holidays and this summer is no different.

Our tours are often described as entertaining and here you can see why! Join our tour of the National Stud this wee… https://t.co/pJZOeQrKUm