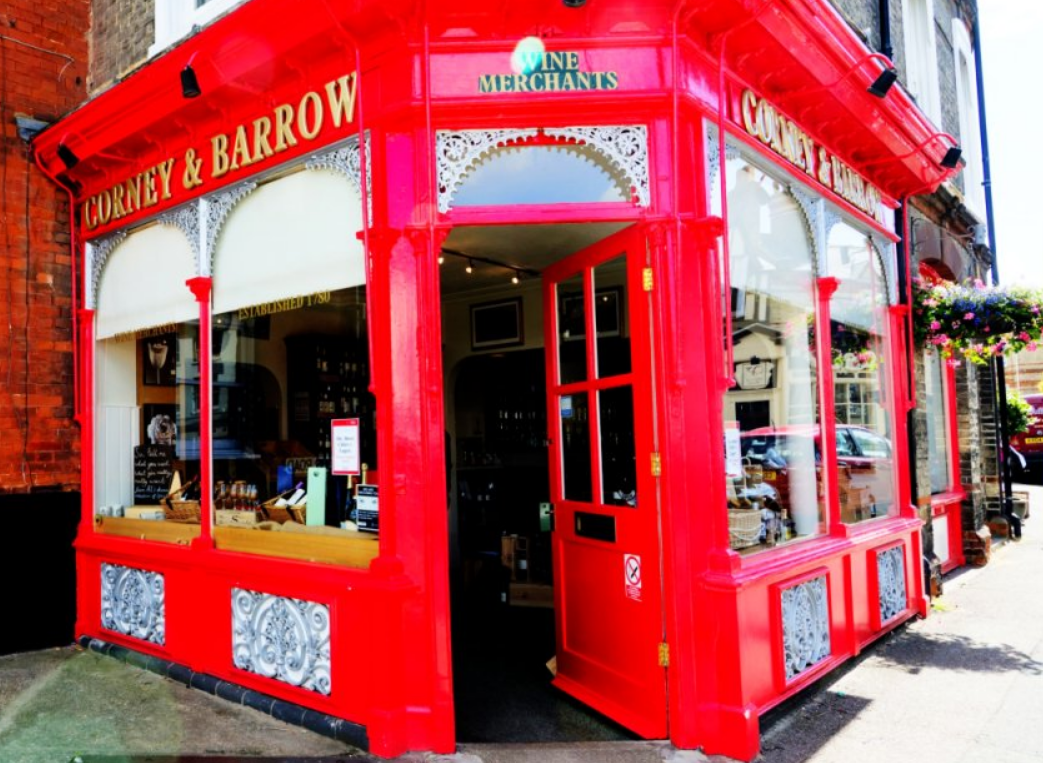 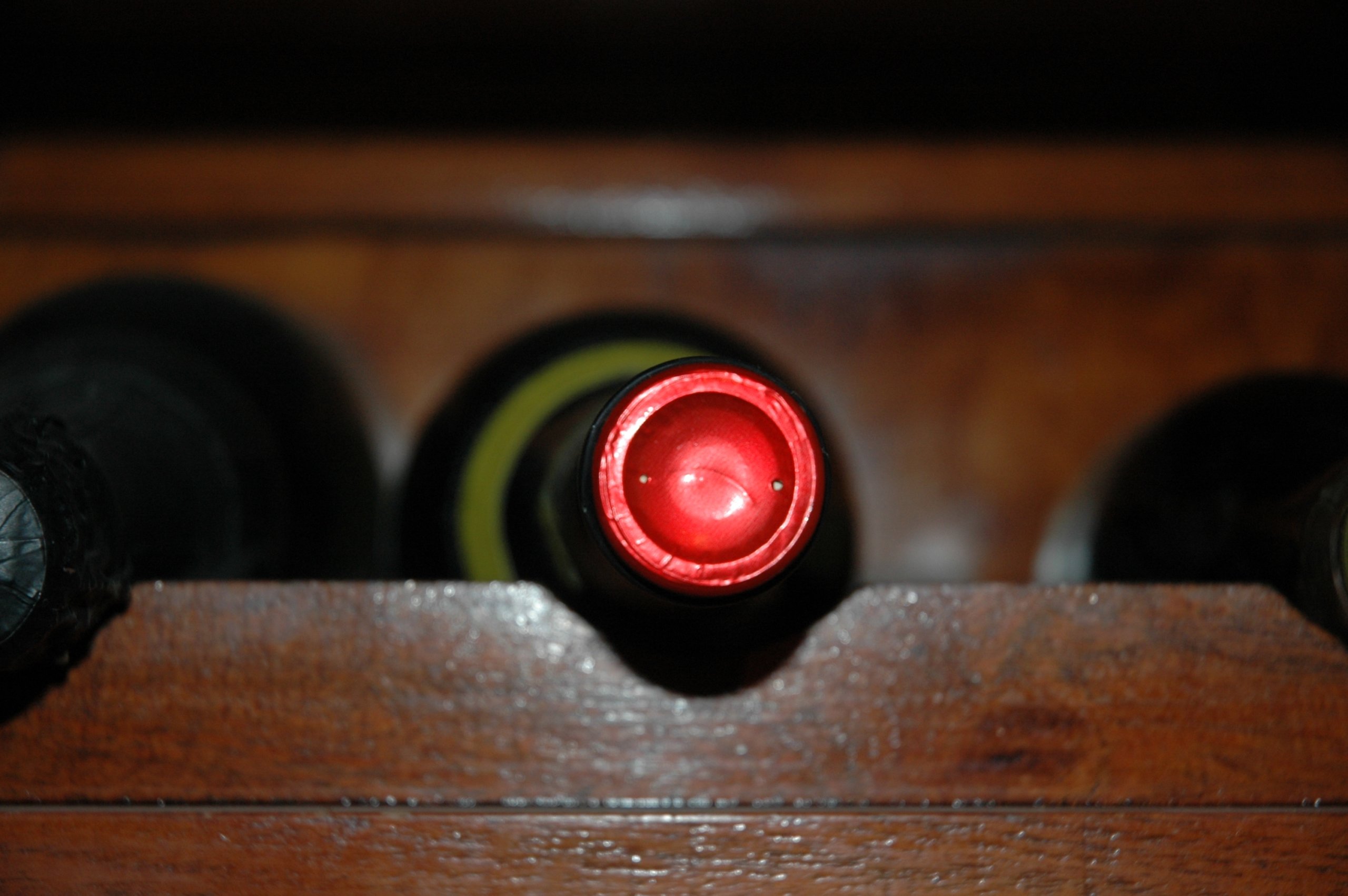 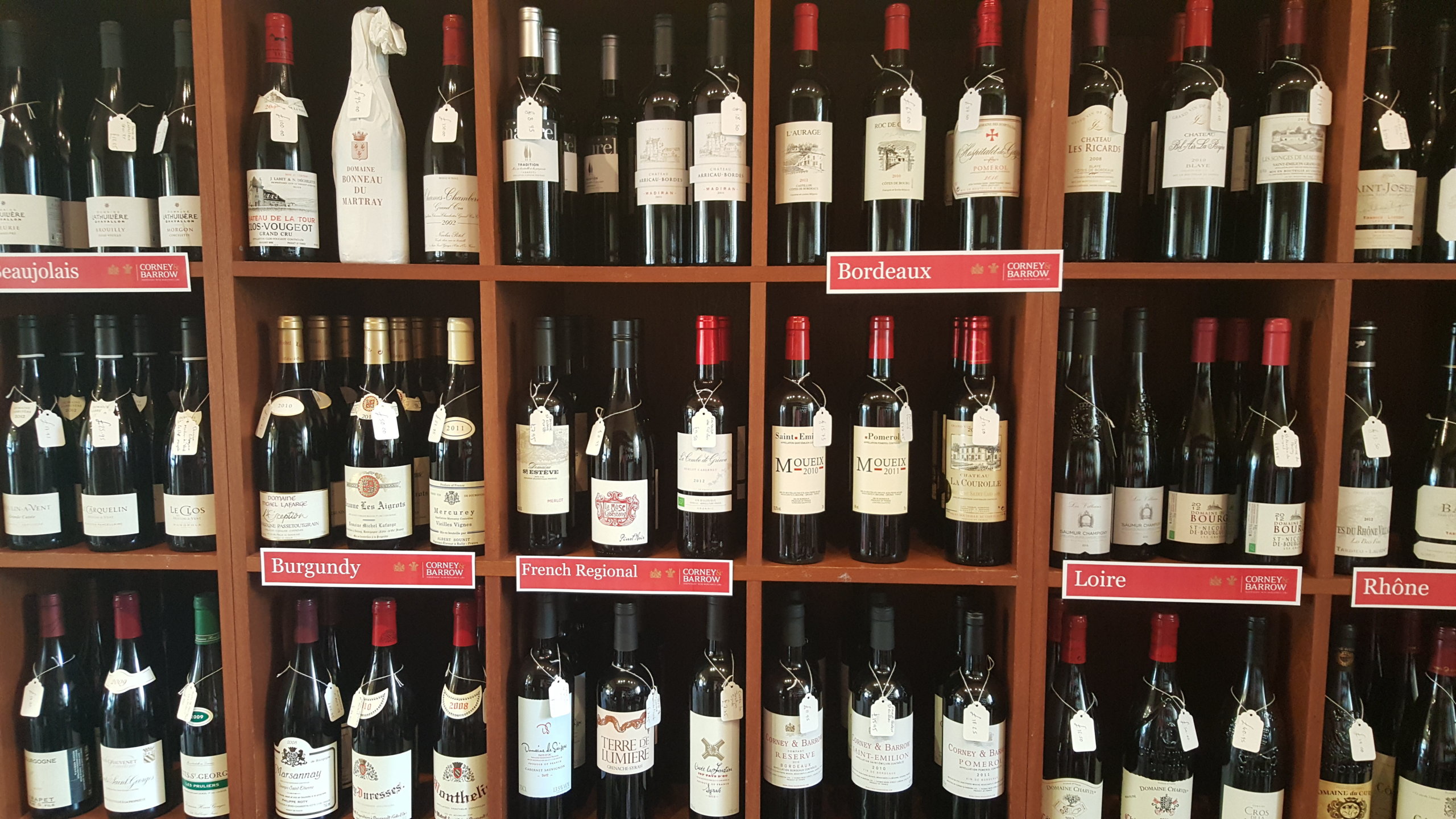 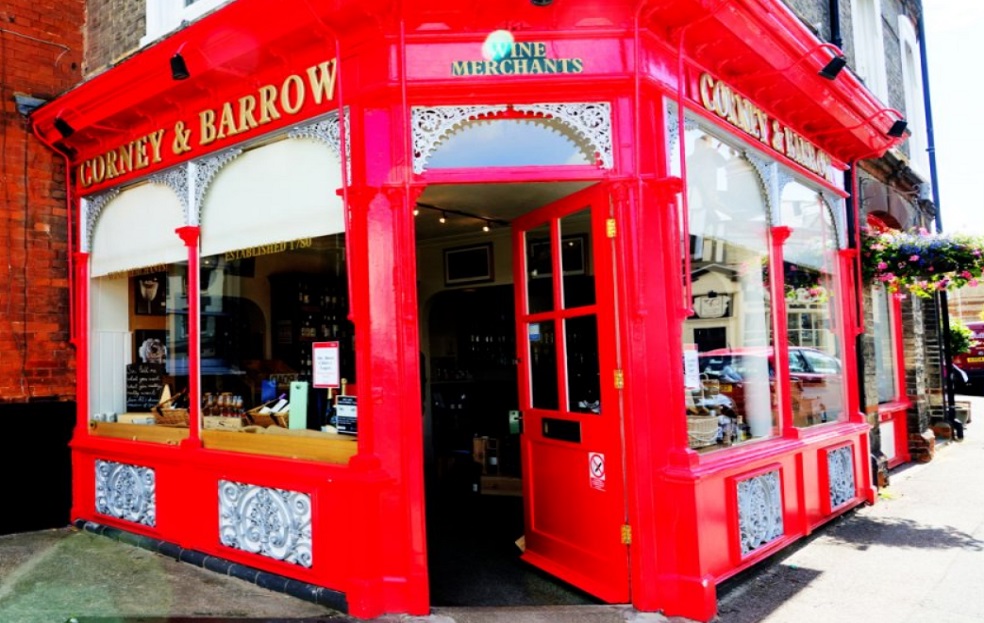 It is hard to miss the bright red facade of the Corney & Barrow shopfront. If you are a fan of wines or a budding collector of gins, rums, whiskies and other spirits then a visit to Corney & Barrow, in Newmarket is a must.

Set on Newmarket’s High Street, Corney & Barrow’s shop not only provides a comfortable environment to browse their wines, it is also the base for the East Anglian team. They provide a comprehensive range of services locally and throughout East Anglia, including wine advice, corporate gifts, events and restaurant trade supply and support.

As a company, Corney & Barrow is one of the oldest independent wine merchants in the UK with a store first opened in 1780 by Edward Bland Corney. His cousin, Robert Barrow, joined the business in 1838. To give you an idea of the history of Corney & Barrow, the period between the first shop and the Barrow name being incorporated included significant historical events such as The French Revolution in 1789, the Battle of Trafalgar in 185 and the Battle of Waterloo in 1815.

Corney & Barrow aims to offer carefully-selected, honestly-priced wines that not only deliver quality and value for money, but also a sense of place. The Corney & Barrow range of Own Label wines are blended by some of their top producers, offering a top-quality wine without the high-end price-tag.