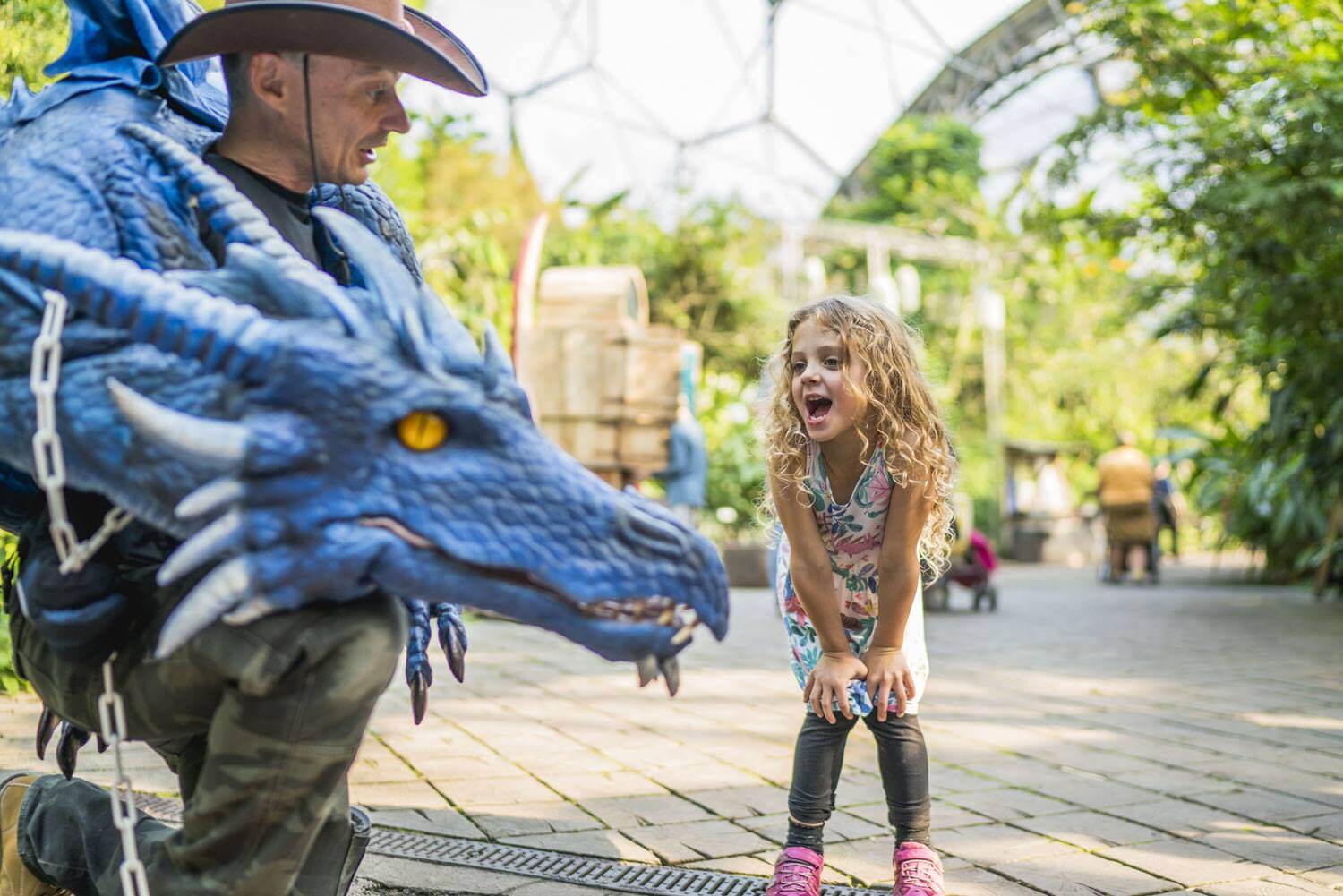 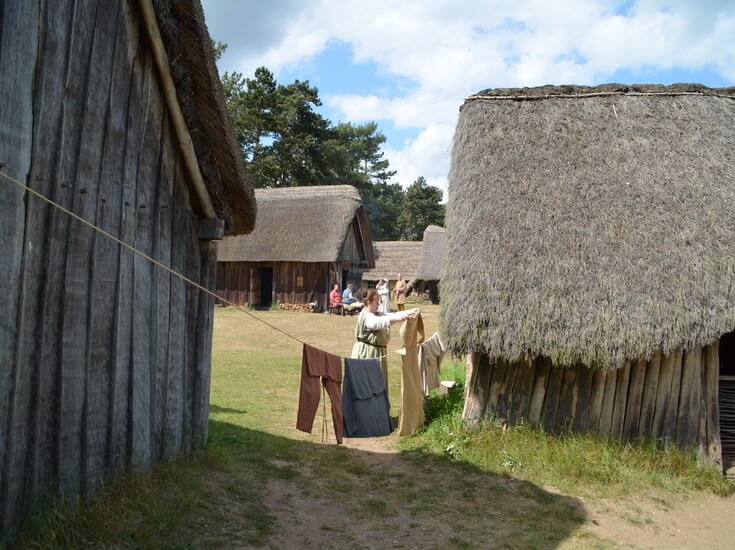 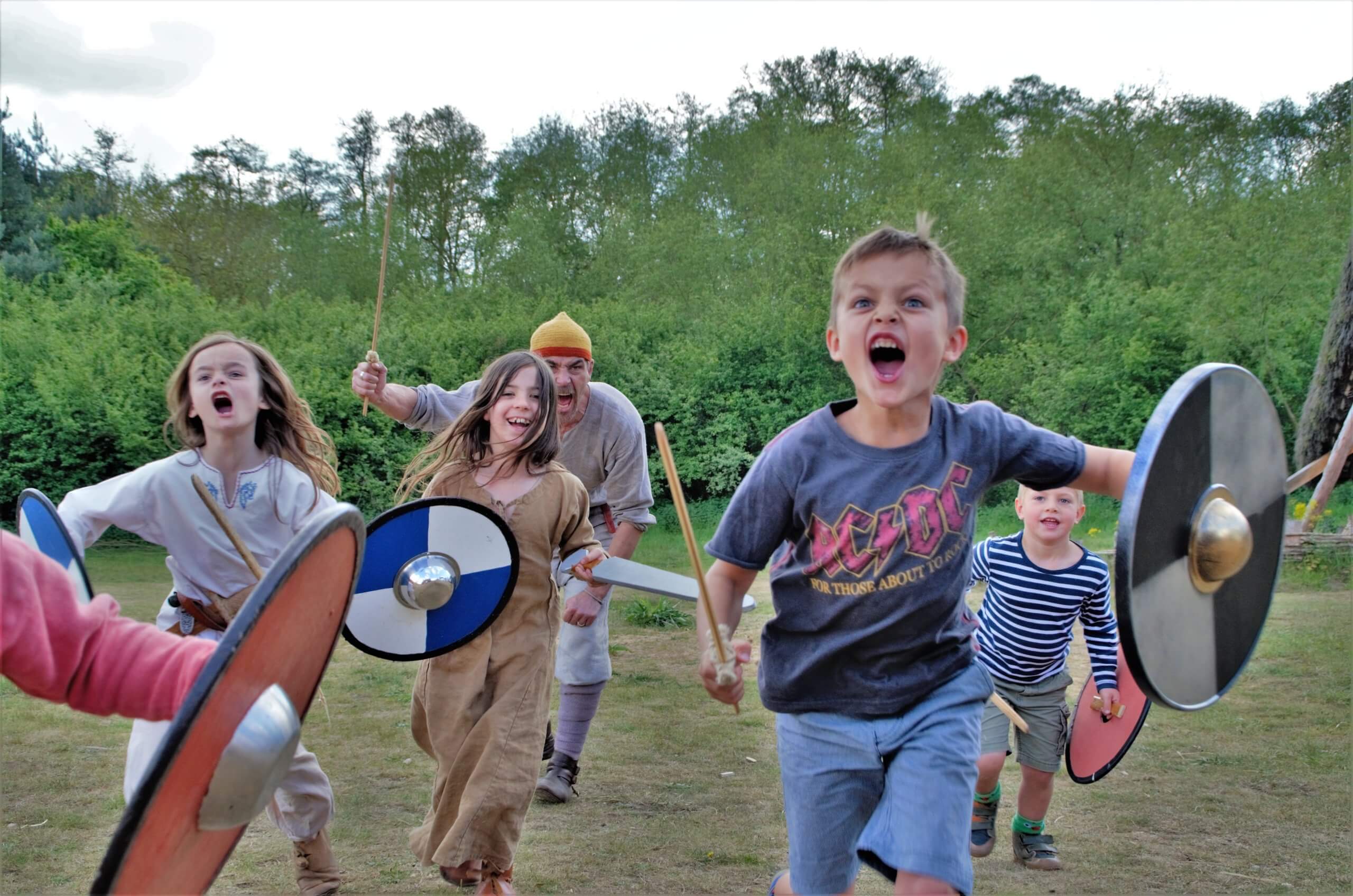 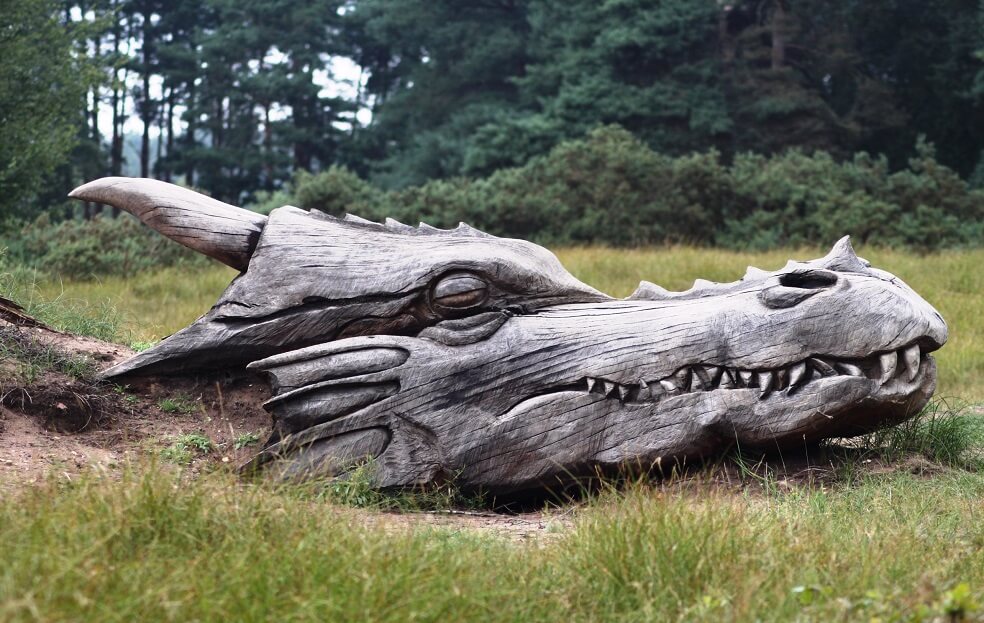 One of England’s great archaeological sites, West Stow has extensive indoor galleries and a stunning recreation of an Anglo-Saxon village surrounded by 125 acres of unspoilt countryside.

Visitors to West Stow can explore history and nature, watch a film, dress up as an Anglo-Saxon or say hello to the rare breed pigs and chickens. Due to the presence of livestock, assistance dogs only are permitted in the Anglo-Saxon Village.

West Stow is the site of an early Anglo-Saxon village, occupied from AD 420-650, over 400 years before the Norman Conquest.

In 1976 the West Stow Anglo-Saxon Village Trust was formally established to manage the site, at that stage there were three reconstructed houses within the village. The trust was registered as a charity by the Charity Commissioners in 1977 (Charity no. 272897). West Suffolk’s Heritage Team currently manages the day-to-day running of the reconstructed Anglo-Saxon village on behalf of the trust.

Surrounding the Anglo Saxon Village and with 125 acres of unspoilt countryside, trails, heath and woodland walks, there is plenty to explore at West Stow Country Park.
For wildlife enthusiasts there are two bird hides and a bird feeding area as well as a lake and the River Lark with all the life that this attracts.

Perfect for picnics on sunny days , energetic winter walks or an evening stroll. The park also boasts an adventure playground for children, this is an ideal family destination. Dogs are welcome in the Country Park, provided they are kept on a lead.

Please be aware that dogs are not allowed in the Anglo-Saxon Village, Museum or Visitor Centre, with the exception of assistance dogs, due to the presence of livestock and the archaeological nature of the site.

There is also food and drink available if you wish to stop for an awakening cup of coffee or a lunchtime snack, next to the main car park along with toilet facilities.

The park is free to enjoy (you will need to pay for parking if you need it).